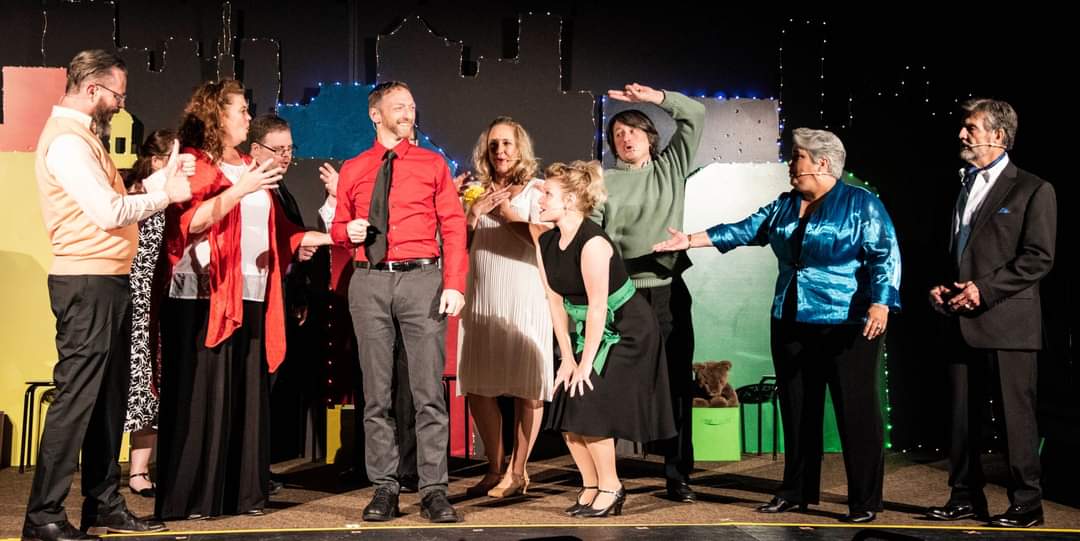 Theatre Statesville is a volunteer-based, nonprofit organization that exists to offer quality live theatre, provide lifelong learning opportunities, and foster creative expression throughout the community in a fiscally responsible manner.

The mission of Theatre Statesville is to create opportunities for community involvement in enriching theatrical experiences. Our focus is on quality, inclusion, and theatre arts education. We strive to present engaging theatrical performances, noted for excellence and attentive response to our audience. Theatre Statesville will produce well-balanced seasons of theatrical productions of high artistic quality each year; increase and improve the theatre’s impact on and service to arts, education and quality of life in the greater Iredell community; and generate resources and efficiently manage those resources in support of our mission.

Statesville Little Theatre first opened its curtains in 1958. They performed all over Statesville, at Shearer Hall, Statesville High School, the Old Playhouse Theatre, and in 1961, with funds contributed by the late C.V. Henkel, they opened the Henkel Theatre in the Arts and Science Museum.

The Theatre made a transition in the early 1990s and Statesville Little Theatre became Statesville Community Theatre. The organization was growing, and there was a renewal of purpose and mission.

There are hundreds of Theatre fans who made it happen throughout the years. Our volunteers, actors, directors, and sponsors, kept our Theatre growing through the 60s, 70s, 80s, and 90s and helped us to make the transition to Theatre Statesville in 2006.

We have remained consistent in our offering of quality theatre in a variety of venues but could not have achieved such a history or any success without each of you.

Come be a part of our family!

2021-2022 THEATRE STATESVILLE BOARD of DIRECTORS